Edgeless is a fully licenced cryptocurrency casino, regulated by a recognised jurisdiction.
The casino’s smart contract is publicly available for anyone who is interested in the casino or it’s growth.

Edgeless has its own token (EDG), one of the top blockchain casino tokens, which is used on the Edgeless platform.

Tokens are widely distributed. There is a limited amount of EDG tokens, it is impossible to create new tokens or delete existing tokens.

The EDG token can be used for staking (funding the bankroll for Edgeless casino games).

The EDG token is used as a utility token on the Edgeless platform. You can play 6+ games in the casino using EDG tokens.

Edgeless has Jackpots like no-one else in the industry: all Jackpots are publicly seen on the blockchain.

The Edgeless Project, which encompasses the EDG token, is an experimental project in the newly emerging field of cryptocurrency gaming.

Edgeless does not guarantee product success, in fact the chances of product failure is incredibly high. There are many associated risks such as poor cryptocurrency user experience, slow adoption processes, hacking, crypto legalities and many more. When using Edgeless’ services it is essential to be aware of these risks. Edgeless is a pioneer in the emerging cryptocurrency gaming sector, trying to create something new and fascinating. The EDG token is designed to enhance gaming and community experience on Edgeless gaming platforms. The EDG token is a UTILITY token. It has no profit sharing, dividends or any other features associated with securities.

Blockchain technology, consumer tokens and staking are features that have never coexisted in one product before. The law concerned with such features is in the early stages of development. The Edgeless team does its best to be compliant and if necessary, Edgeless can make changes without prior notice in order to operate in line with emerging legal regulations. There is a possibility that you can lose all or part of your money. Edgeless, its employees, directors and other partners shall not be held accountable for any loss of money. 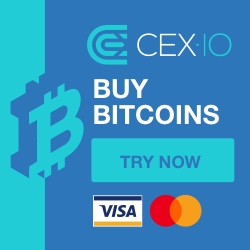