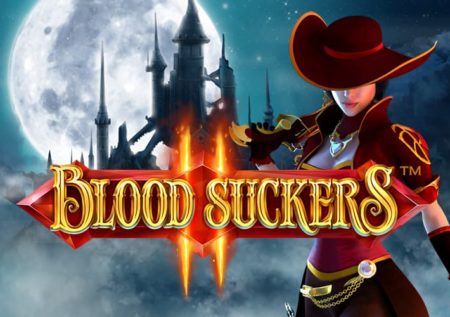 Another top game from NetEnt with bloodthirsty vampires with a 3-D appearance and excellent graphics.

It is the sequel to Bloodsuckers and a massive improvement too. It contains Wilds which replace other symbols like most other games as well as a Scatter.

Three or more scatters trigger the 10 free spins. This is also where the multiplier sets in, when you land the scatter, you win will be multiplied by three.

When you land three or more Bonus symbols you unlock the bonus game. The symbols are the usual cards, clubs, spades, hearts and diamonds which are the lower-paying symbols. In addition, players also have a family crest, blond males, half bat-half woman, a demon vampire and a master vampire.

Players can trigger the jackpot games when landing five of the family crest symbols, which are also the Wild in the game. The Roses are the game’s second-highest paying symbol. A bonus also awaits when you land three bonus symbols, while four wilds will double your winnings, five would triple your win.

During the Bonus game you will pick one of three coffins in the secret chamber. Open a demon and the bonus ends, another will give you ten free spins, whereas the other will take you to an entirely different level as well as cash values.

Available on mobile and desktop